All photos courtesy of Nathan Schiff unless otherwise noted.

Recently I had a very unique and rewarding opportunity courtesy of the Delta State University Archives.  It was called “Dim Sum and Then Some”.  As the name implies, there was food.  More specifically, about 30 of us traveled to the Asian Palace Restaurant in Memphis for lunch and then to the Belz Museum for a guided tour of their Asian art exhibits.  All in all it was a great time.

First a bit of background.  Historically the Delta has had a small, but significant Chinese population. The first individuals arrived in the late 19th century and they settled across the region, opening small grocery stores.   Now however there is little trace of that history.  The population peeked in the 1950s and has been declining ever since.  Some folks of Chinese descent live around the Delta, but they are few in number.  In order to prevent them from being forgotten, Delta State has formed the Mississippi Delta Chinese Heritage Museum and it was that organization which sponsored the trip.

Our bus departed at around 9:30 AM and we arrived at the restaurant a little after noon.  Being a decent sized group (with more people coming by car) they gave us one of the VIP rooms in the back.

When eating Dim Sum, a number of people sit around a large table.  In the center is rotating platform on which the food is placed.  Normally the dishes themselves are brought out on carts and you pay based on what was eaten.   Since we were a group, there was a set menu which consisted of: congee (rice porridge), baked barbecue pork buns, Chinese broccoli on garlic sauce, vegetable chow mien, chicken dumplings, steamed rice wrapped in a lotus leaf, egg tart, and jasmine tea.

It was all incredible.  I’d never had Dim Sum before, though it had been on my to-do list, so this was a new experience.  Much to my surprise the broccoli was probably the best dish although I am a huge fan of pork buns.  For those of you who have never had one, a pork bun is basically a roll filled with roast pork.  I am disappointed that more restaurants don’t serve them,

After lunch we traveled to the Belz Museum in Downtown Memphis.  Officially known as the Belz Museum of Asian and Judaic Art, the primary collection is drawn from Asian (mostly Chinese) art collected by the Belz family.  As they are Jewish, the museum also has a section devoted to Judaic art as well.  However the primary focus is on the Asian material.  About 10 percent of the total collection is on display.

It begins with the moon gate, a round portal through which visitors walk.  Facing the entrance are two huge lion statues which are said to have once guarded the Emperor of China, as well as a pair of enormous incense burners which held an oil of some sort.  Visitors then proceed past displays of statues, pottery, furniture, clothing, and ivory carvings.  Many of the works on display were made from a single piece of stone or ivory.  Only in the very largest were additions glued on.  In many cases the stone was not actually carved, but abraded away using jade encrusted tools.  None of the artists ever got credit, but were paid in free food and housing as long as they worked.  Such may explain the large size of some of the pieces.  In addition to the main room there are separate rooms featuring carvings made out of mastadon tusks and a stone carriage made entirely out of jade. As one might imagine the latter was purely decorative.

With so many pieces having so much detail, its hard to pick favorites.  The level of craftsmanship is amazing.  One piece features a carving of a peach sitting atop a range of scenes carved into ivory. There is also a large multi-level pagoda with each level representing a different step towards nirvana. However the bright red furniture really stood out for me.  The color comes from cinnabar, an ore of mercury which was made into a lacquer.  Given how toxic mercury is the job of processing and extracting it would have been a death sentence, at least according to our tour guide.  That takes some of the fun out of the experience.  Still there is something majestic about the whole set .  At the time it was in use, the Emperor in all his flowing robes would have been seated there flanked by a pair of giant incense burners creating an almost mystical experience.

After our tour was over I took a quick tour through the Judaic art exhibit.  There were a lot paintings as well as a set of stone reliefs which seemed to depict biblical scenes and a number of silver ritual tools.  Unfortunately due to our schedule, I did not get to spend a lot of time in this section.

Overall it was a great experience.  There is really nothing like this around the Delta.  I also got to experience Memphis for the first time.  Such a trip was long overdue.  Downtown Memphis seems like a really happening place with lots of stores and restaurants.   I will have to return some time. Meanwhile enjoy some pictures from the museum. 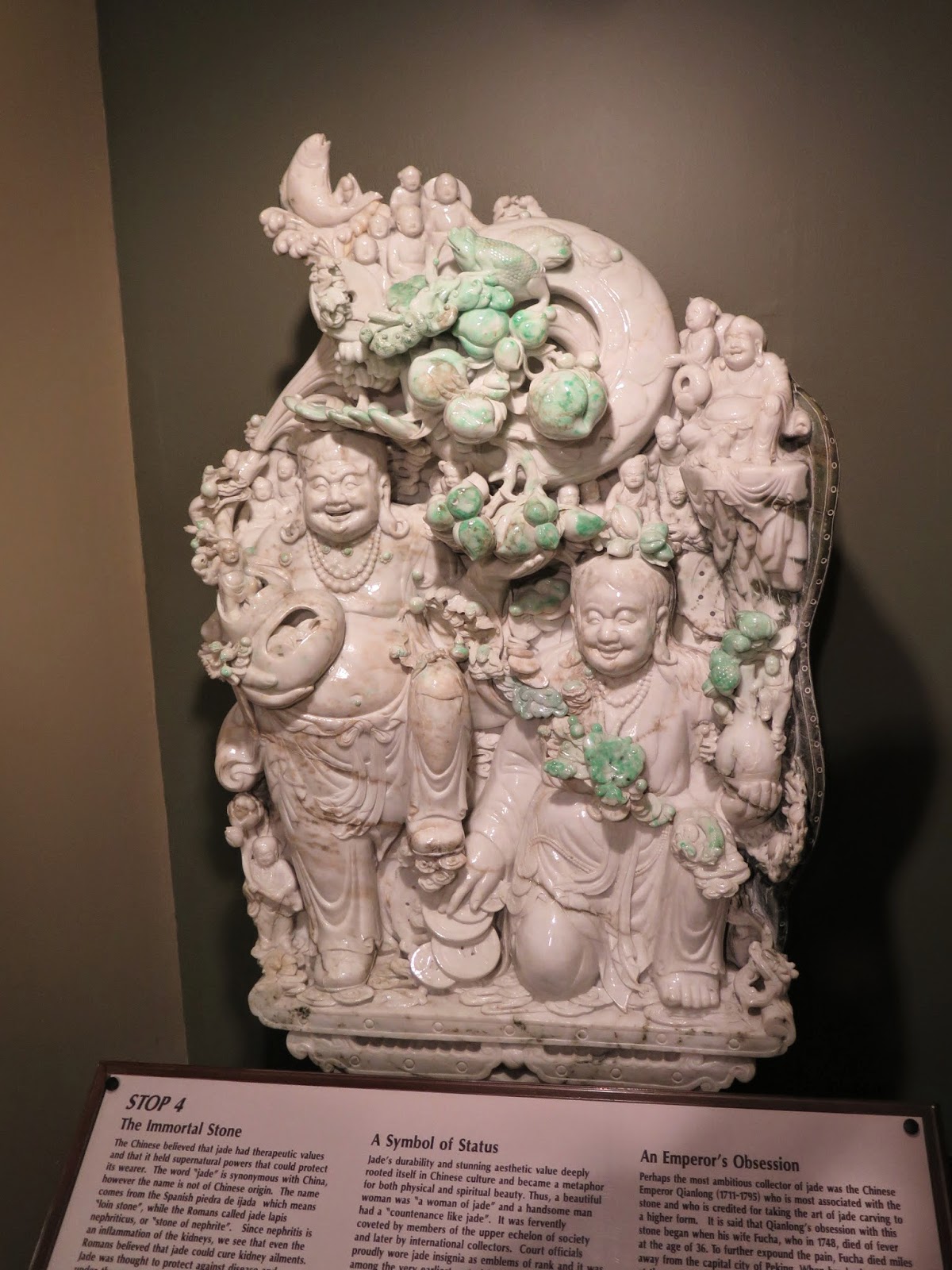 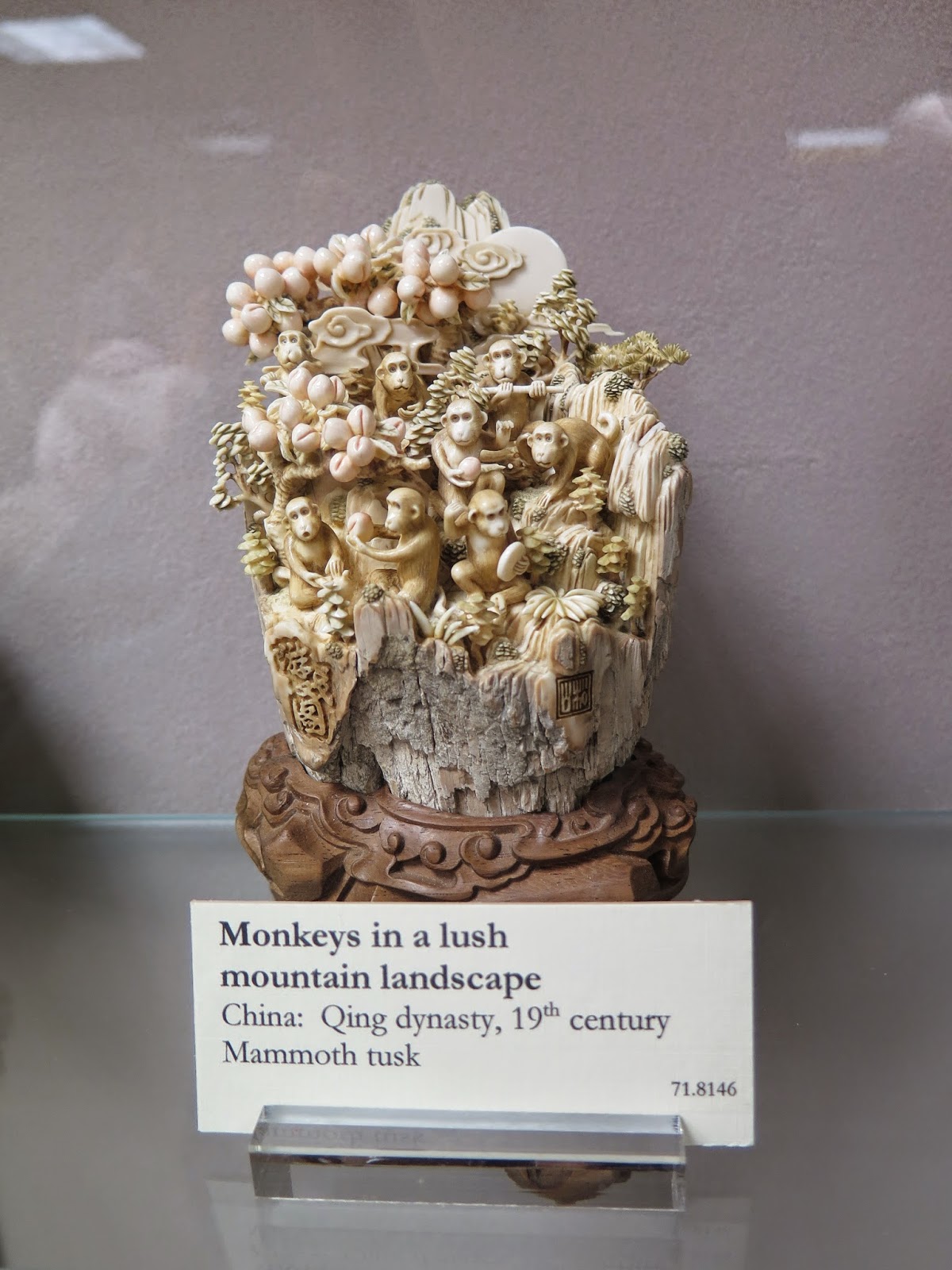