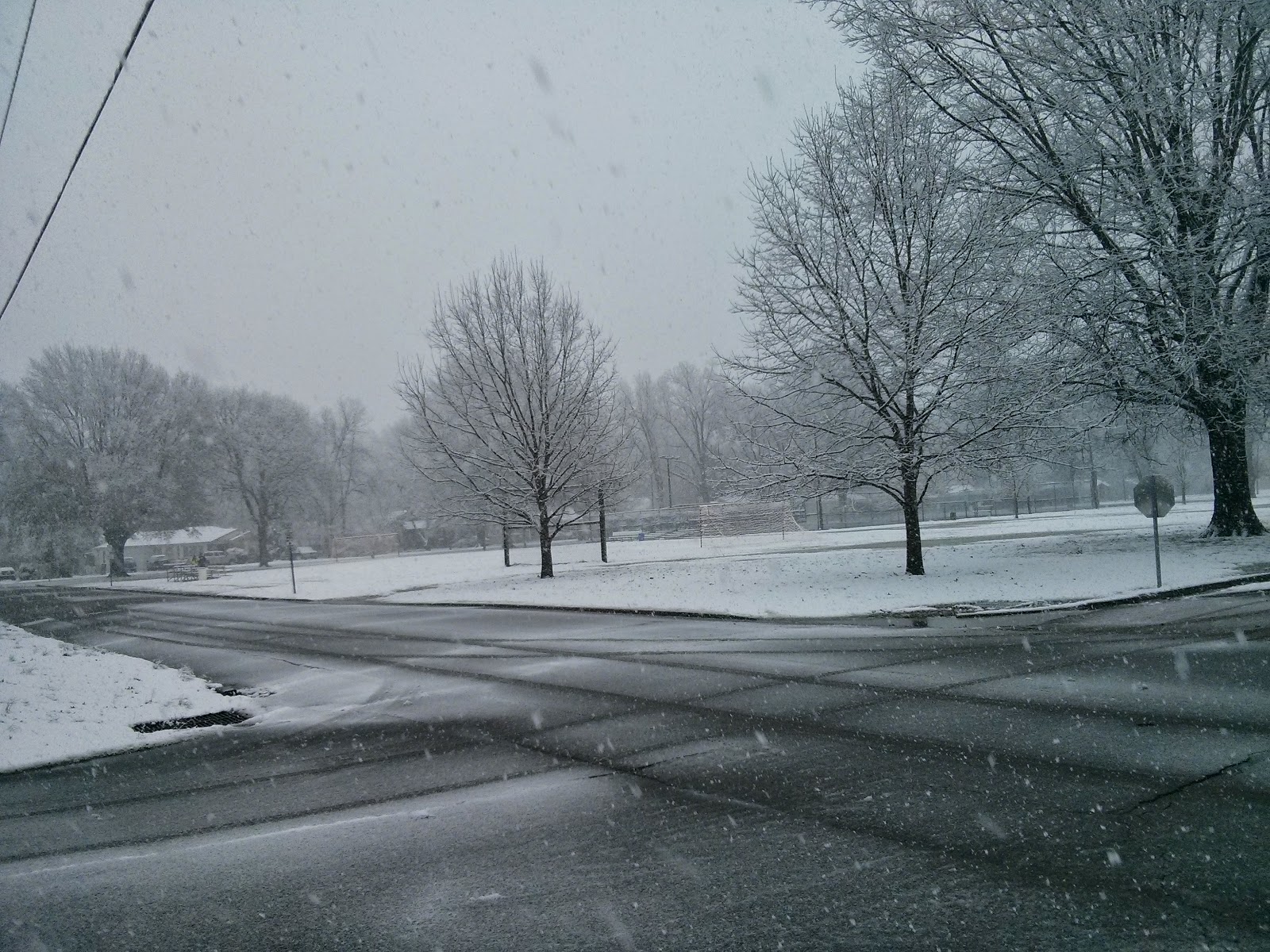 Last week something unusual happened.  It snowed in Cleveland.  By snow, I mean white stuff fell from the sky, reached the ground, and stayed there.  Such an event is rare.  A colleague said we haven’t had accumulating snow for 8 years.  So I made a point to appreciate the day.

Needless to say, Delta State was closed.  We’d actually closed early Monday due to ice and did not reopen until Thursday at noon.  It is hard for those of you up North to imagine a university closing for such a long time due to some sleet, freezing rain, and 4 inches of snow.  But keep in mind that there is no snow removal equipment around here.  So anything which falls, stays until the weather warms up.  Still Cleveland was far from paralyzed.  Delta Dairy, the local Froyo shop, was open.  So was Mississippi Grounds, the coffee shop down the street.  A colleague of mine even came into work for a half day.  So for locals, the biggest challenge is psychological.  They just don’t know what to do around winter weather.
Fortunately I do.  Priority number one was to get work done.  Thanks to modern technology, I was able to do exactly that.  Admittedly I was not as productive as usual, but I did do something.  But snow is such a rare event around the Delta it must be enjoyed whenever it happens.  Really this might be the last time I ever see it in Mississippi.  So I walked around campus.  Some people were out with their kids playing in the snow.  College students were having a blast on the quad throwing snowballs. I also saw quite a few people driving around.  Others were busy collecting snow to make ice cream, something I’ve never thought of doing being that the supermarket is a mere five minutes away.  Even though the roads were mostly clear (a lot of what fell being slush) caution was still advisable.  Yet some folks seemed determined to drive as fast as possible, especially in pick up trucks.  That just defies logic.  Later I walked down Court Street to Mississippi Grounds.  Sitting there sipping a flavored hot chocolate known as a Hot Rage with the snow falling outside was the perfect moment.  I need to frequent that place more often.
The best part was how the snow settled on the trees.  Being only around 32° all day, the snow was very wet.  So rather than falling to the ground, some of it stuck to the tree branches creating a real winter wonderland feel.  It reminded me of home.  Sadly all good things must end and the snow was gone by Friday now replaced by dreary rain and clouds.  Such is typical for winter in Mississippi. Thus I offer up some photos for your viewing enjoyment.