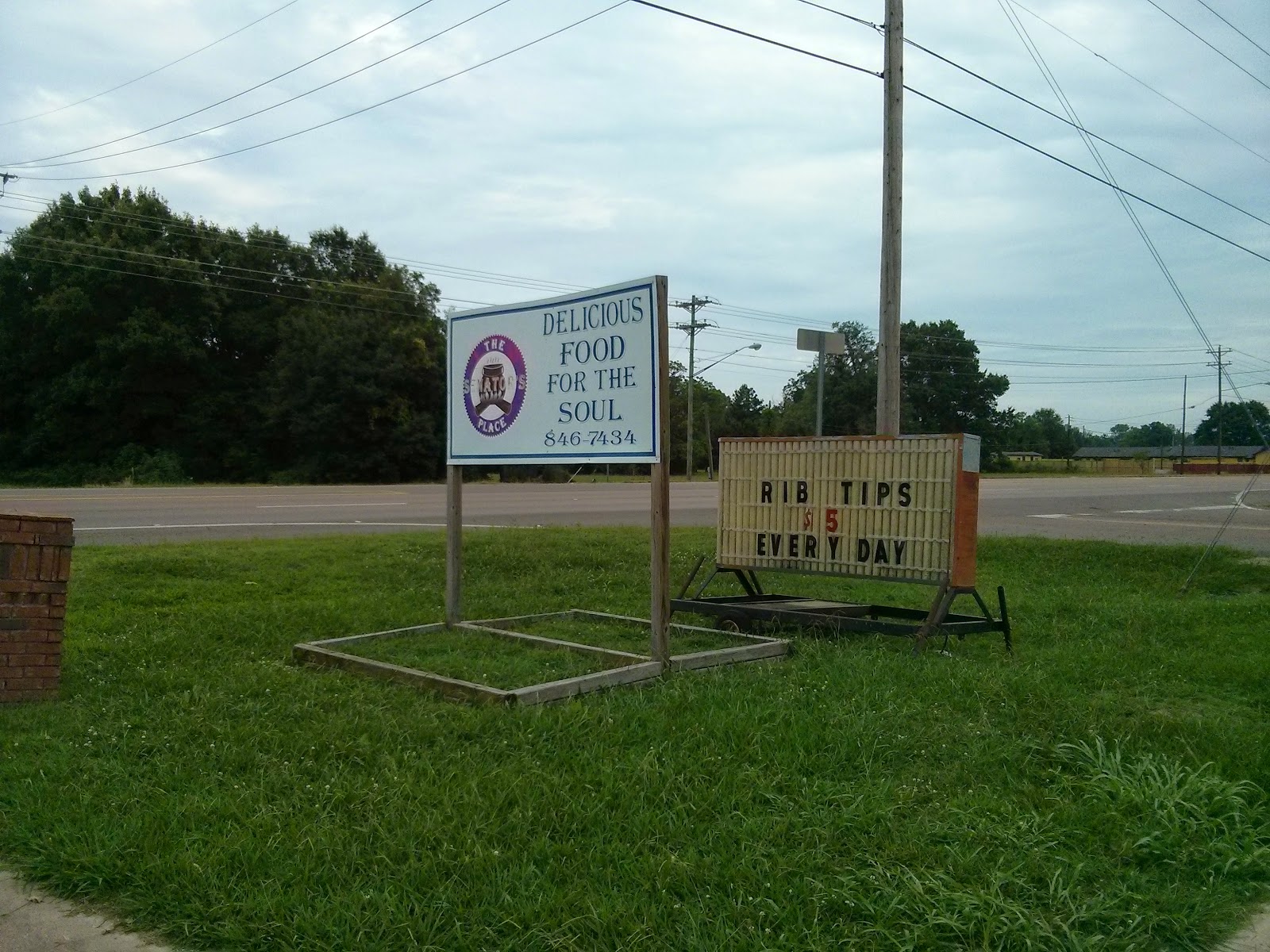 I’m back!  You didn’t think that last post was me signing off for good did you?  You see this past Friday inspiration struck again.  With my birthday being Thursday, I decided to treat myself and go out to eat. There are a lot of good restaurants around here and it was hard to decided.  In these sorts of situations I usually go to my bucket list.  Eating at The Sentator’s Place was near the top of it.  Several people, including a friend of mine, have raved about.  Then when Anthony Bourdain stopped by, I just had to go. 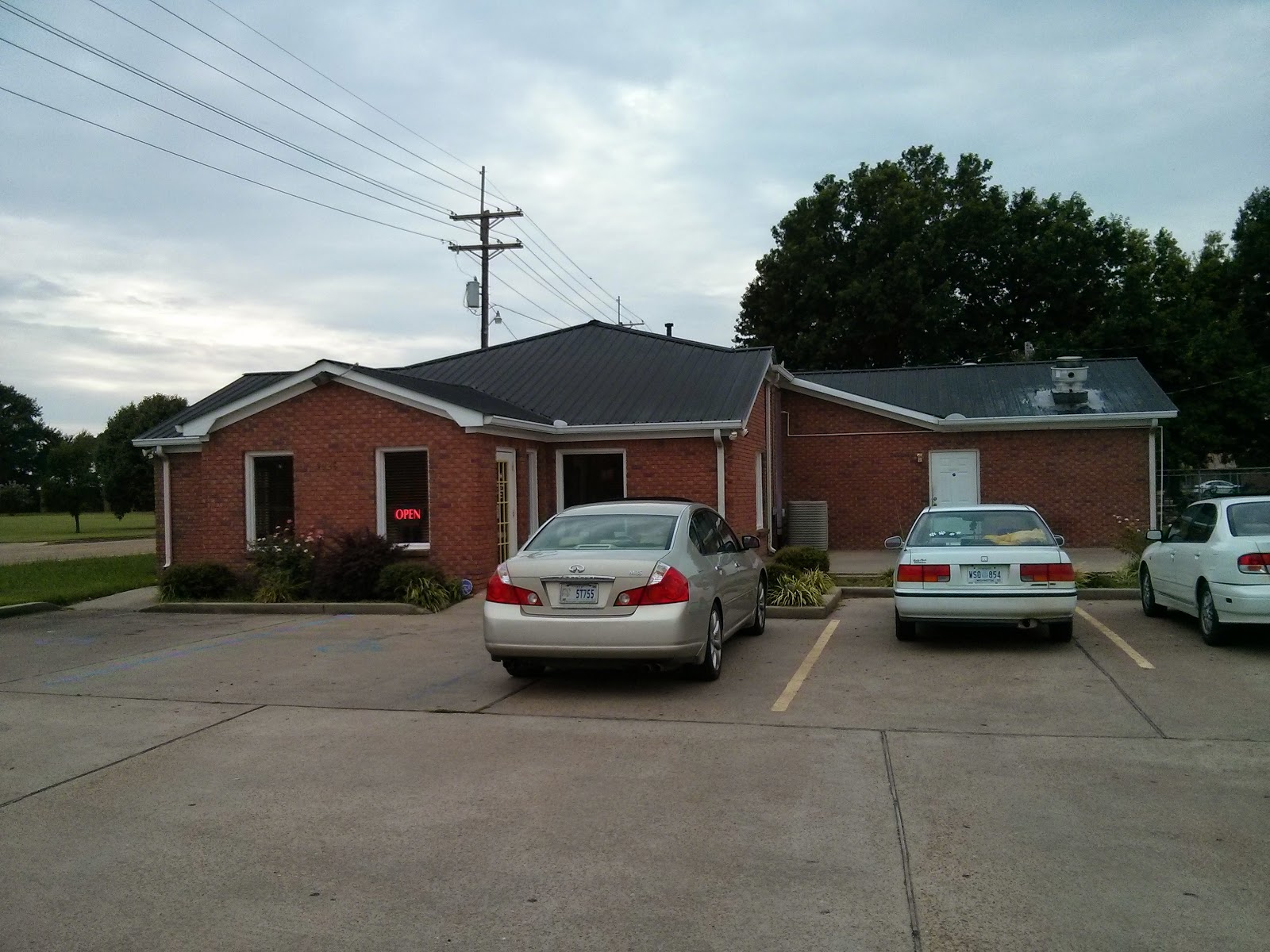 The place is somewhat bigger than I expected.  It’s a little brick building sitting beside Highway 61, unassuming and easy to miss.  It is neither fancy nor a hole in the wall, but rather informal with a good vibe. Upon entering there is a counter with the cash register instead of a hostess.  When I arrived Willie Simmons himself was standing there and I saw him go in and out of the kitchen several times.  Food is served Buffet style.  However one does not serve oneself.  Rather there is someone standing behind the food counter who gives you what you request.  The only limit is the size of your plate and your stomach.

I cannot say enough good things about the food itself.  The Senator’s Place serves barbecue and classic soul food.  The exact selections vary by day (see menu below) and there is also a selection of barbecue which is served all the time.  I had ribs, beaked beans, grits, hush puppies, cornbread, and a roll topping that off with peach cobbler.  It was all amazing.  The barbecue sauce was particularly good being both sweet and tangy while slightly spicy.  No other place in town has managed to best it although there are still a few places I haven’t tried.  Really everything was excellent.  I can’t wait to go back. 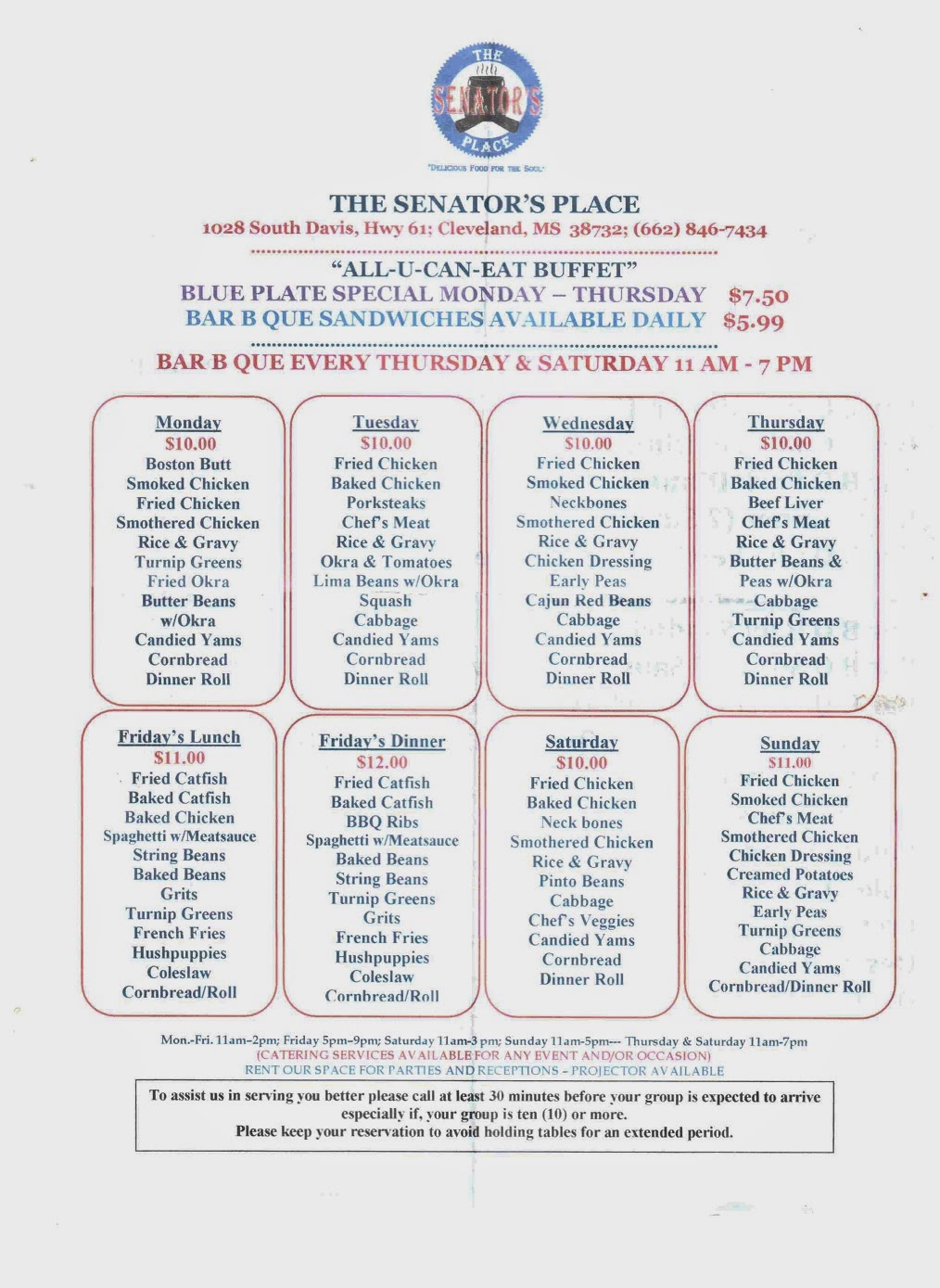 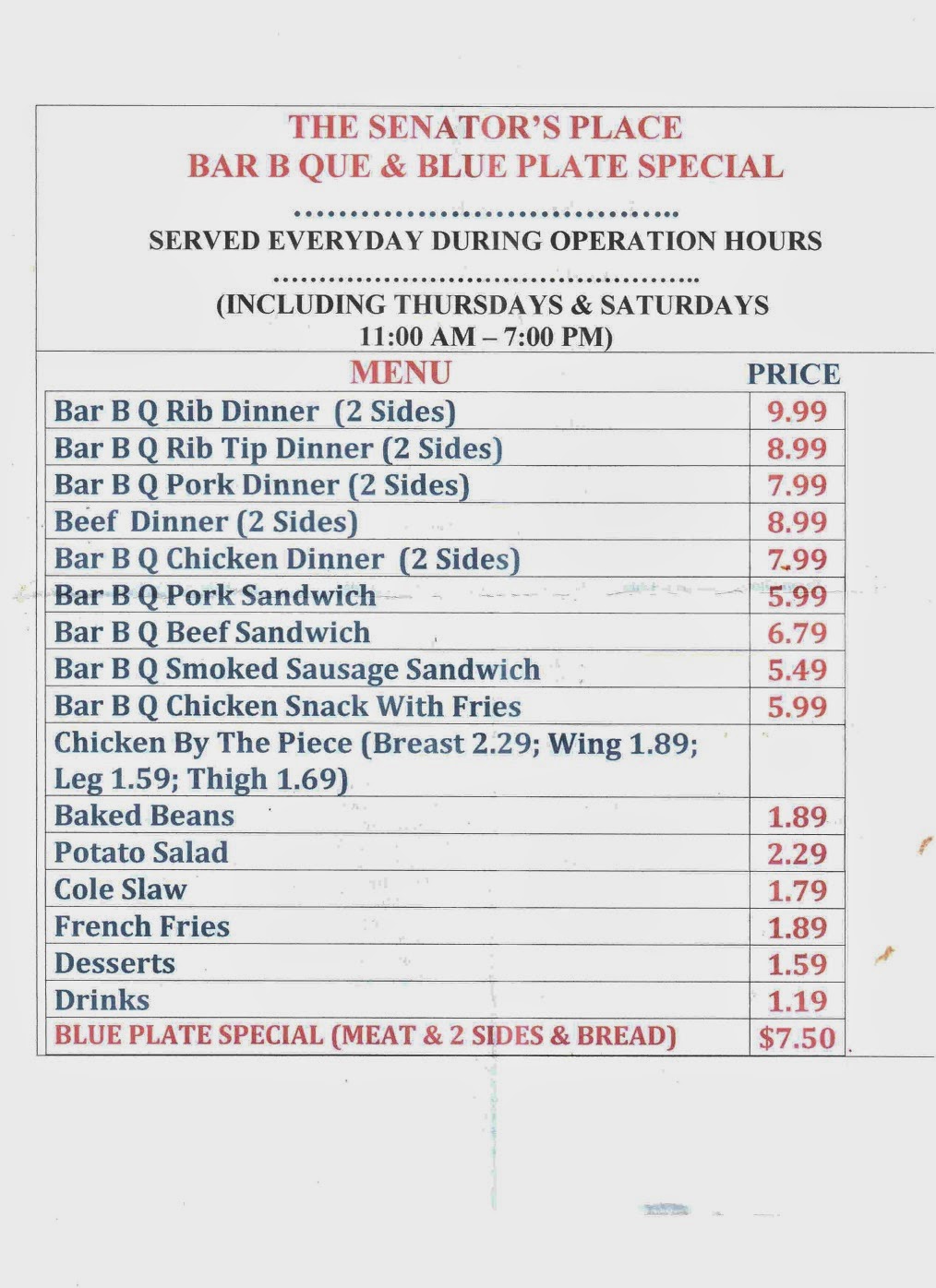 There was also a very inviting feel about the place.  Everyone was very friendly.  They were particularly interested to know I had a blog, which was a relief.  Despite having written for over a year I am still hesitant to tell people about it.  That may be why no one reads it.

All in all it was a good time.  I am beginning to learn that there is a lot more to Cleveland than the area around Delta State.  That really seems to be true of the whole region.  What you see on the surface is only the beginning.  As an outsider its hard to break past that, but I am slowly chipping away and getting beyond the image folks around here want me to see.

Going forward I will be posting intermittently. If inspiration strikes, that’s awesome and if not … oh well. There’s no need to post just for its own sake.