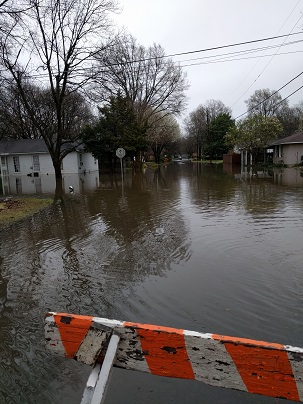 Occasionally I wonder what a foot of rain would look like.  Every so often you hear about some unfortunate place getting a whole month’s worth of rain overnight.  Unlike a foot of snow, it’s never pretty.   But coming from a place which is not generally prone to flooding there was always that morbid curiosity.

I need not wonder any longer.  During the week of March 7th, just after Mississippi went to the polls, a storm moved in.  It was one of those slow movers with tons of moisture.  Thankfully it was short on tornadoes.  However in the span of 24 hours Cleveland got a good 8- 10 inches of rain, possibly more.  It was so bad, Delta State closed early.  Later we got even more rain which did not help.  Many of the roads around me were flooded.  Of course people still unwisely drove through them leading to the local police to block off certain areas.  Luckily my apartment sits on a block not prone to flooding so I had the privilege to ensconce myself at home with two weeks worth of food (thank you Crock Pot!).  Some people were not so lucky.  Most of the surrounding streets were flooded making my block feel like an island.

It reminded me of scenes from RIvers by Mchael Farris Smith.   Set in a post-apocalyptic Mississippi ravaged by extreme weather, Rivers follows the story of Cohen as he tries to survive in a land abandoned by civilization.  Cleveland was not quite that bad.  Actually it was totally pre-apocalyptic, let’s be real.  But with many streets covered in water it felt oddly desolate.  Delta State was on Spring Break and the lack of students adds to the sense of isolation.  Standing near a flooded roadway it almost felt as if all the people had left and will never return.

Back where I’m from this sort of thing is unusual.  Rockland and North Jersey have plenty of areas prone to flooding, but I did not live in them.  Occasionally we’d have the odd hurricane, most recently Sandy, but it was rare to be completely trapped.  So even in very heavy rain, I did not have to worry much.  Thus I have the privilege of ideally wondering what would happen if the rain never stopped.

I spent the weekend following all the rain in Memphis which did not have things nearly as bad.  Driving up Highway 61 it felt as if I was on a never ending causeway traveling between disparate islands of civilization.  There were low hanging clouds and rain.  On all sides of me, fields had turned into lakes.  Streets had become rivers.  Buildings and cars stood out from flooded lots like ruins of a long dead civilization.   Even a week and a half later rivers are still swollen although the sun has come out and the waters have receded.

Such is life in a flat, flood plain.  There is also this whole El Niño thing.  All told Cleveland got around 15 inches of rain in 4 days. The town seems to have handled it well.  The local emergency management department put out a call through the local paper asking for information on property damage so they could report it and try to get a federal disaster declaration.  Delta State resumed operations the day after it closed early.  The local Domino’s even posted directions on Twitter to help people in certain parts of town find their way home.  But the power stayed on, my fridge was still stocked, and my car remained above water.  As with the winter storms we’ve had, everything was  blissfully boring.

There is of course more rain in the forecast.  However I am confident we’ll get through it.  This is spring so stormy weather is to be expected.  And in any case summer is a few months away.  Before I know it we’ll all be melting and praying for rain.  In the meantime here are some pictures from the flood. 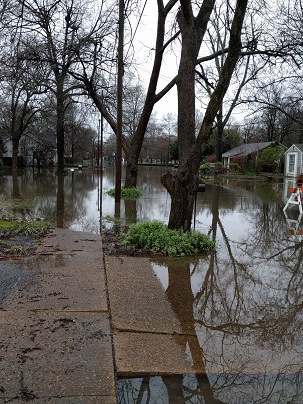 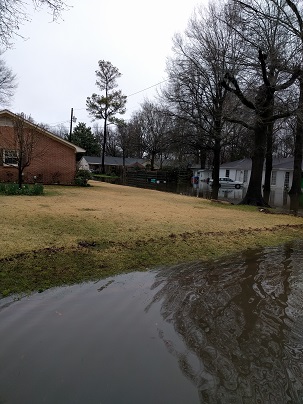 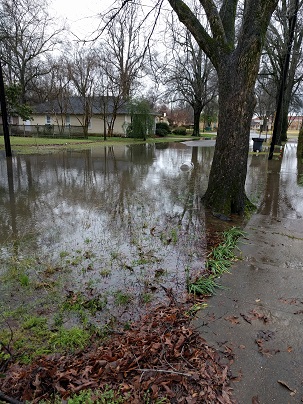 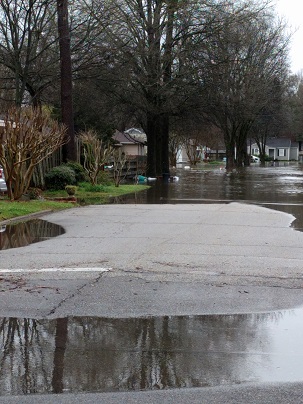 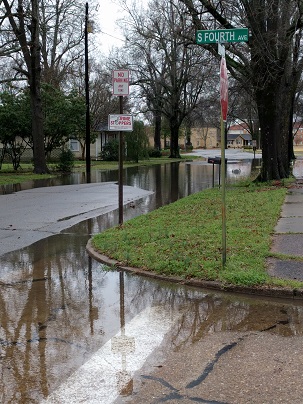 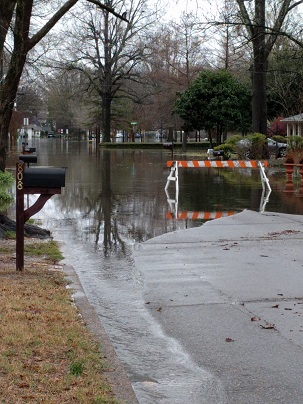 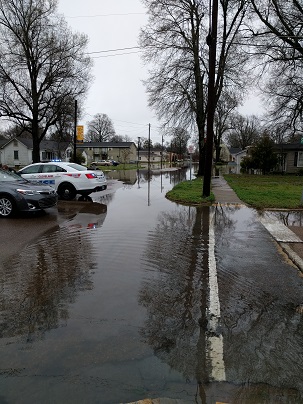 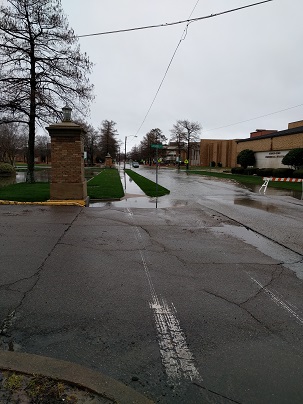 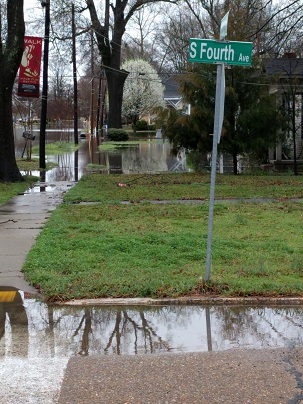