Spring is here.   The trees are budding, the insects are buzzing, and people are starting to come out again. Thus festival season is right around the corner.  But it also means that the crawfish boils have started.

A crawfish boil is basically what it sounds like.  You take a bunch of crawfish (known as crayfish up North and sometimes as crawdads or mudbugs around here) and boil them with spices and seasonings.  Then they’re piled up with potatoes and corn for you to dig in.  Simple and fun, albeit messy.  With a good group of people it’s easy to eat several pounds, especially since they’re not very big.
For those of you who have never seen one, a crawfish is basically a miniature lobster.  While in New Orleans I saw the edible parts cooked into etouffee.  However at a crawfish boil they are served whole.  You break them in half and eat the flesh out of the tail.  Some people also suck out the head; I couldn’t bring myself to do that.  But like I said before, it’s simple.  All you really need is a table.
The event which inspired this post was put on by the local Young Professionals Group whom I’ve blogged about in the past.  Their socials always seem to attract a good crowd so I saw quite a few people I knew. They also had folks wear name tags which helped a lot since there were many news faces.  The venue was a large room behind a local restaurant.  It looks like it was a stable at one point or maybe a warehouse. Cleveland seems to be full of these sorts of hidden gems, lurking just off the beaten path.
Going into it I was nervous. Having heard crawfish are served whole around here I wasn’t sure if it was something I’d enjoy.  My last experience with anything close to that was ordering prawns at a french restaurant.  Thinking the word was synonymous with shrimp you can imagine my reaction at seeing the thing sitting whole on the plate.  I wasn’t mentally prepared for it.   But the food turned out to be good.  Being that crawfish sort of taste like shrimp it wasn’t much of a leap.  However standing around a big, tarp covered table, ripping them in half, and sucking the flesh out of the tail took some getting used to. But it was a good time and I hope to be invited to another one.
Exactly how the crawfish were boiled is interesting too.  The party was catered by a local restaurant called Crustaceans.   Being a large event, they brought a huge, gas powered kettle into which the food was thrown. This thing was easily six feet wide and four feet tall.  The burner sounded like a rocket taking off.   Sadly I did not take a picture (yes, yes I denounce and reject myself!).
This year marks my first spring in the Delta.  The weather is beautiful being warm but not oppressive and the humidity is low.  For me these sorts of events are a real treat since my life tends to be filled with work, cooking, professional development (i.e. learning to code), and cleaning.  It’s great to take a break from those things and have fun.  There will certainly be more of the good times.  But until then here are a few pictures of the crawfish boil. 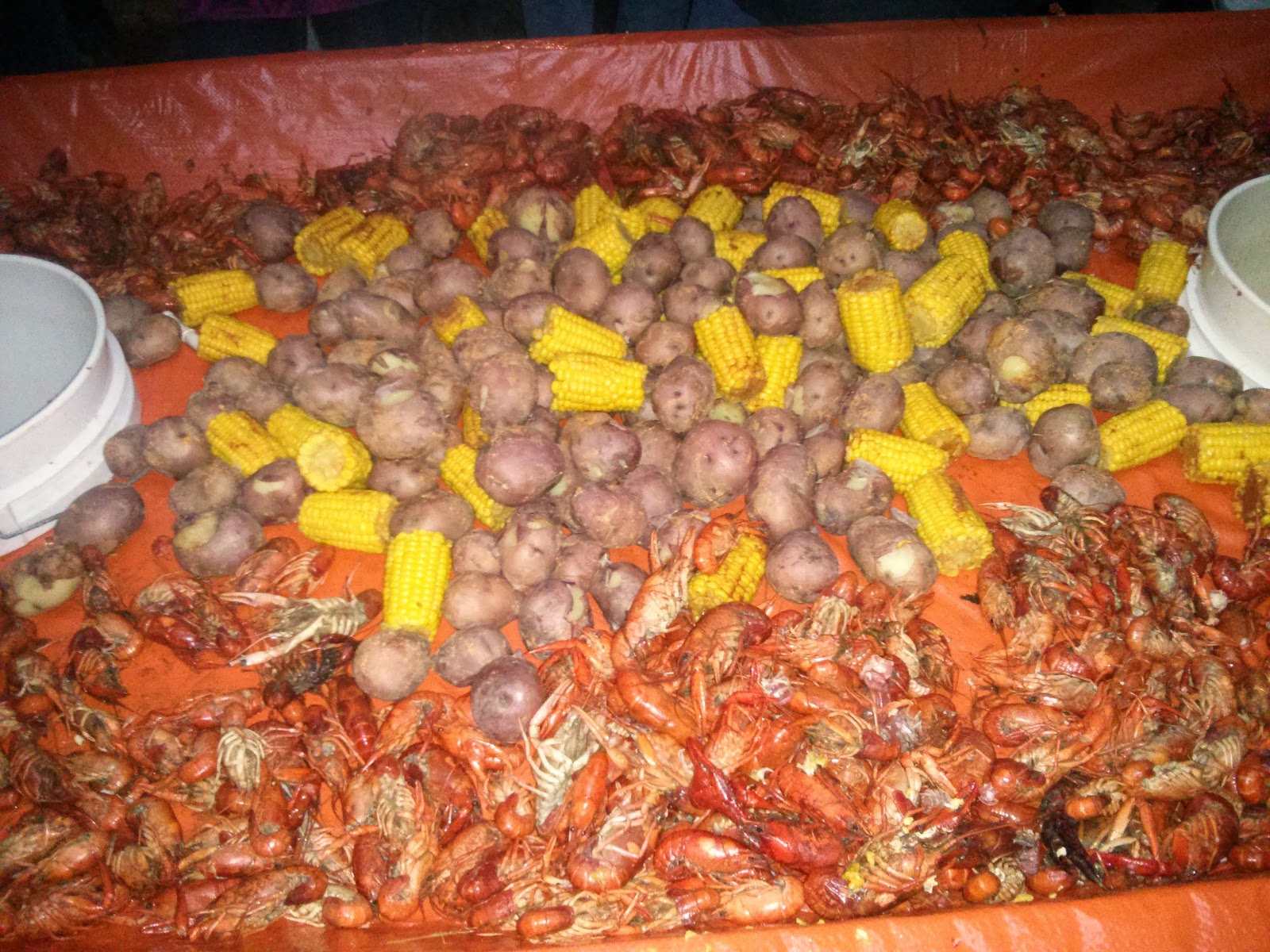 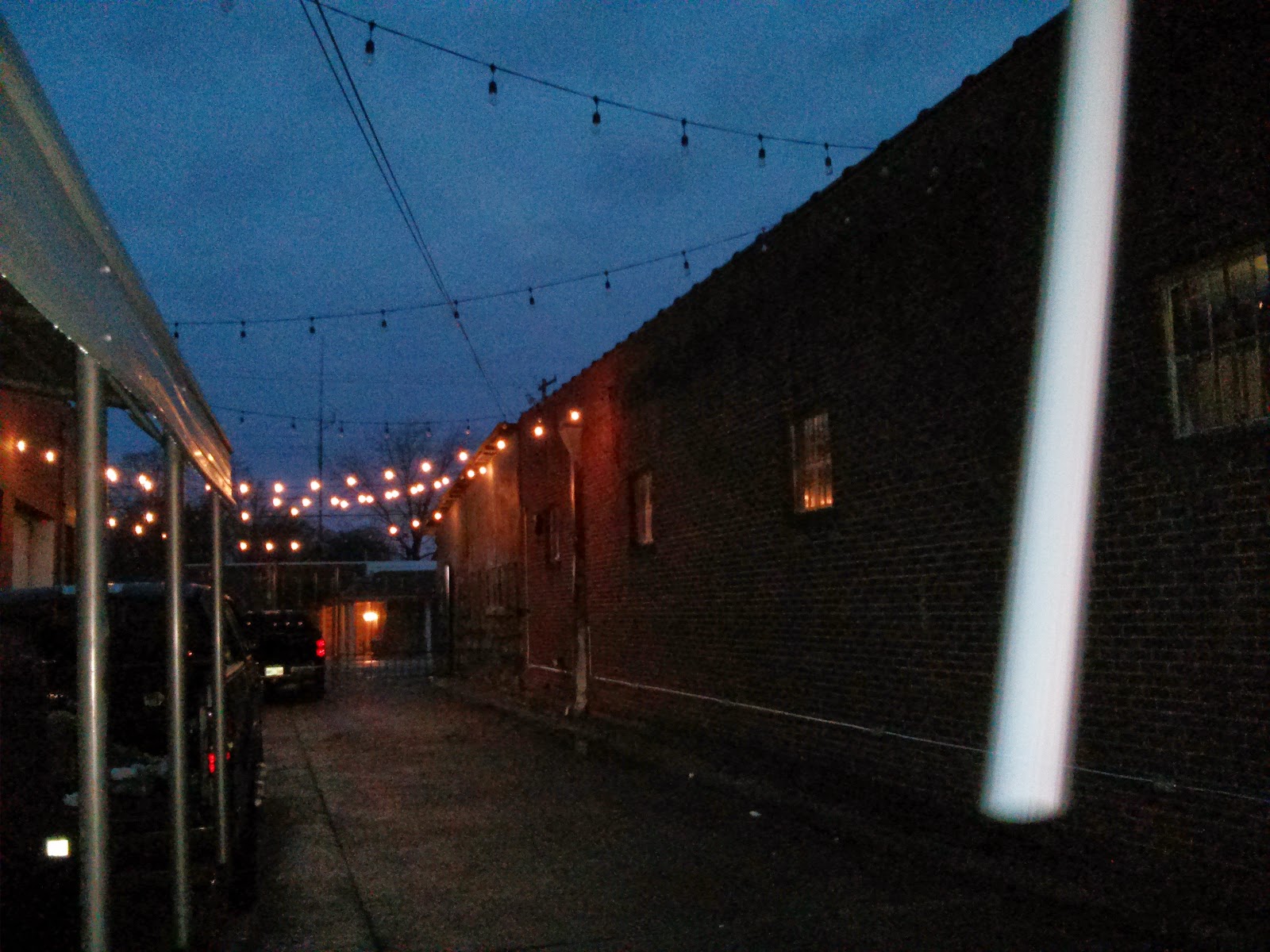 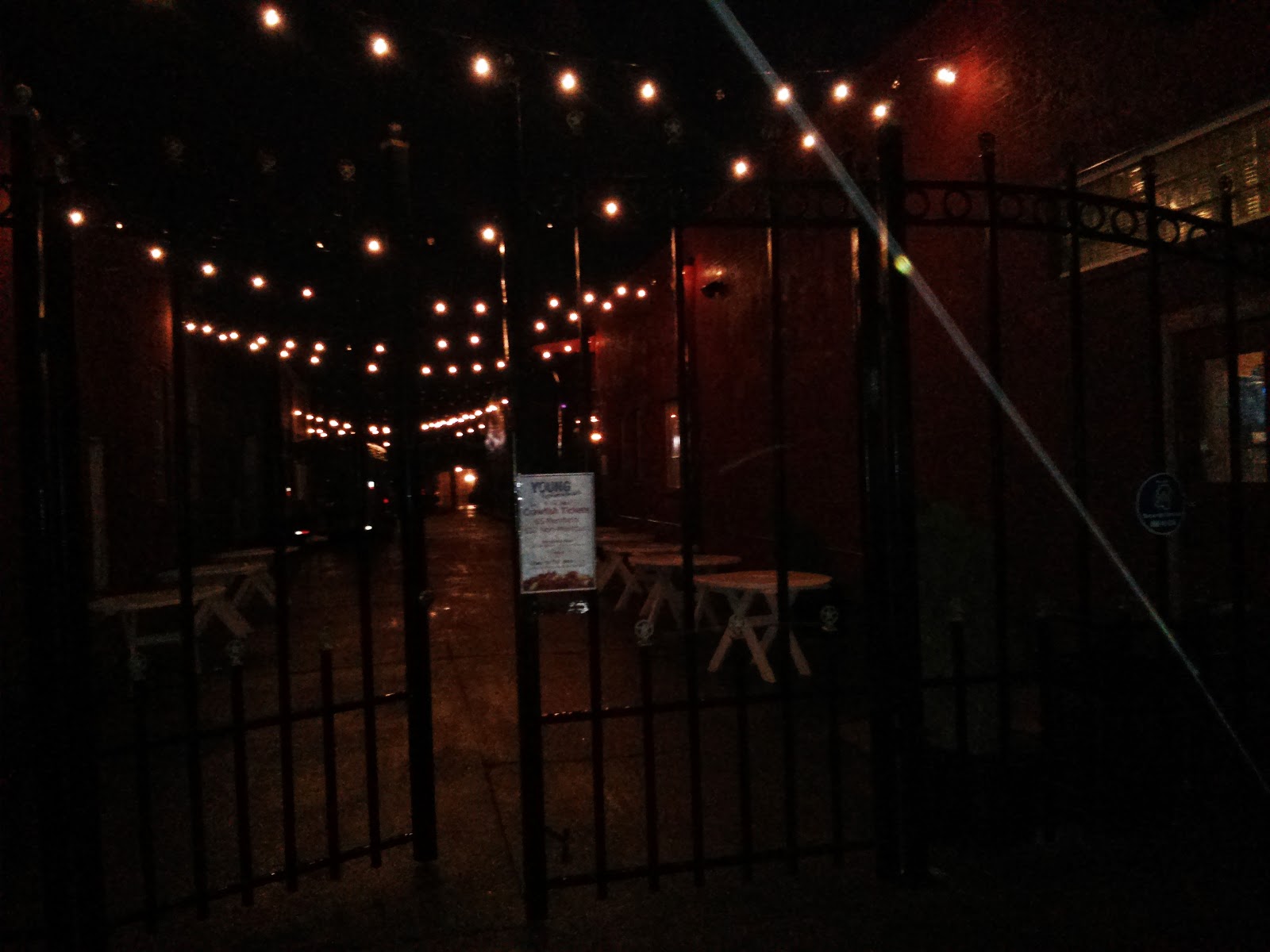 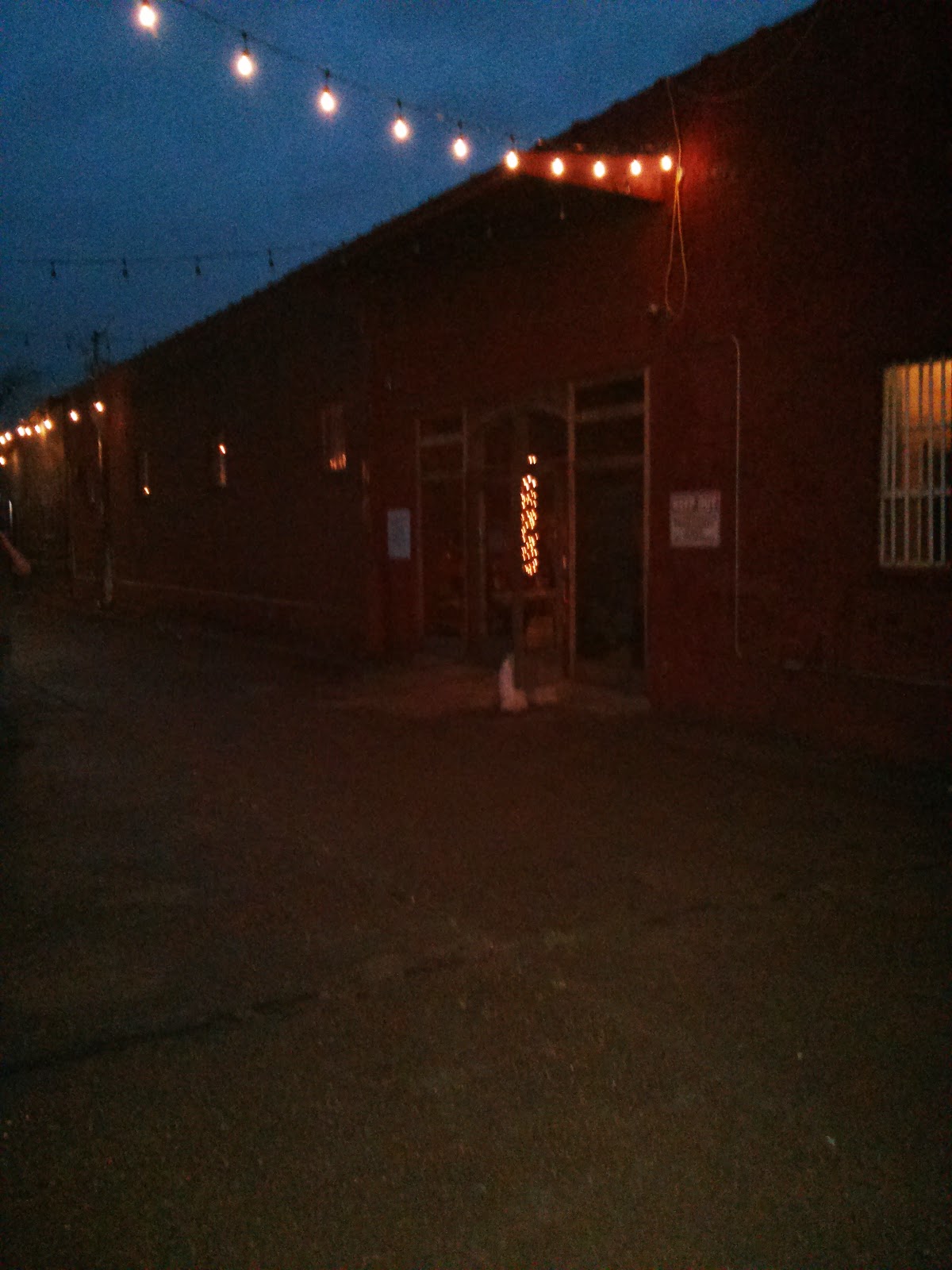 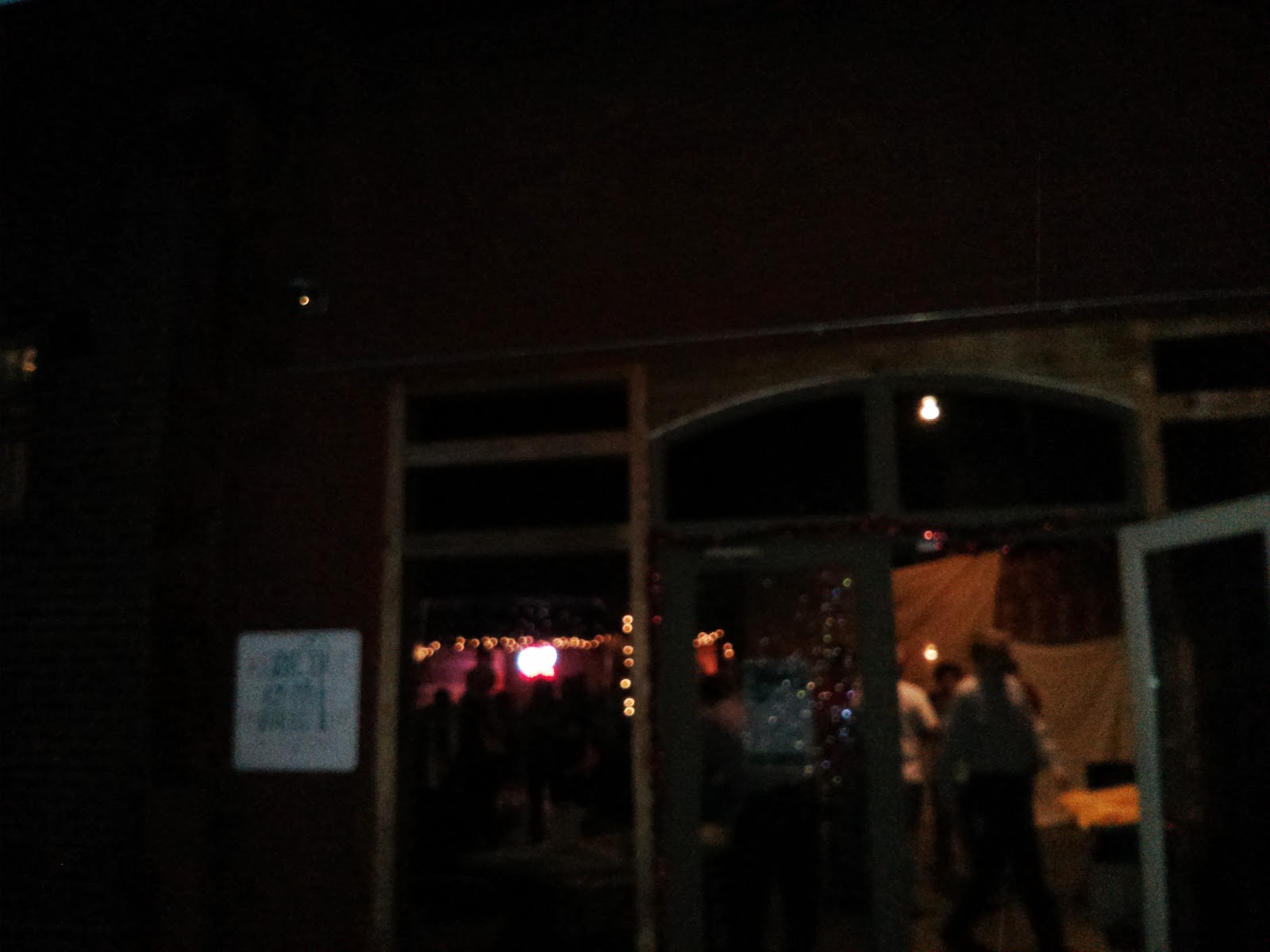