This week was a strange one.  Not only was it cold, but there was some actual winter precipitation down here.  By that I mean freezing rain, sleet, and even a little snow.  While the Delta didn’t have it as bad as Georgia and the Carolinas it was enough to close Delta State for two days and keep most people off the roads.  Here are some pictures: 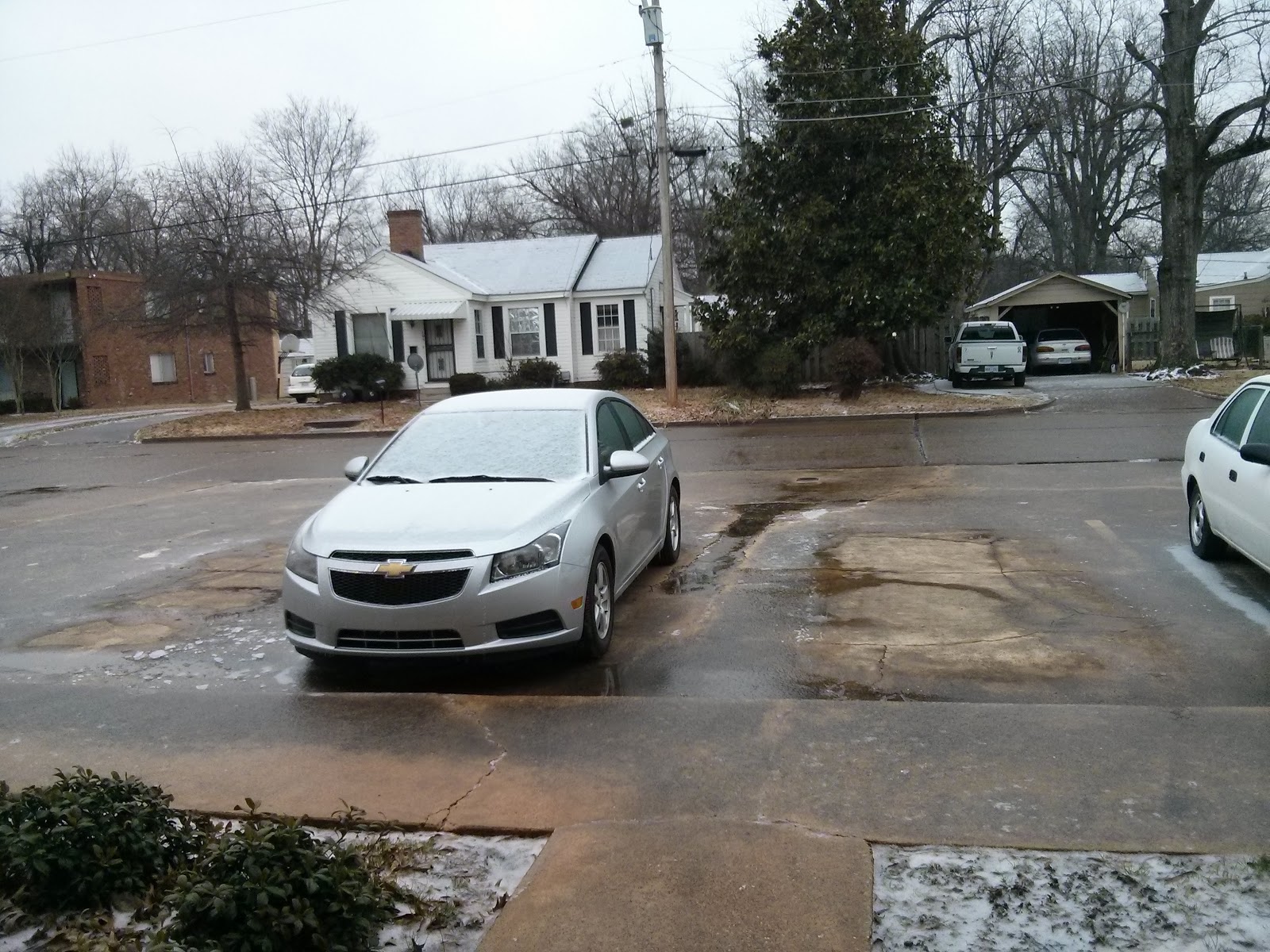 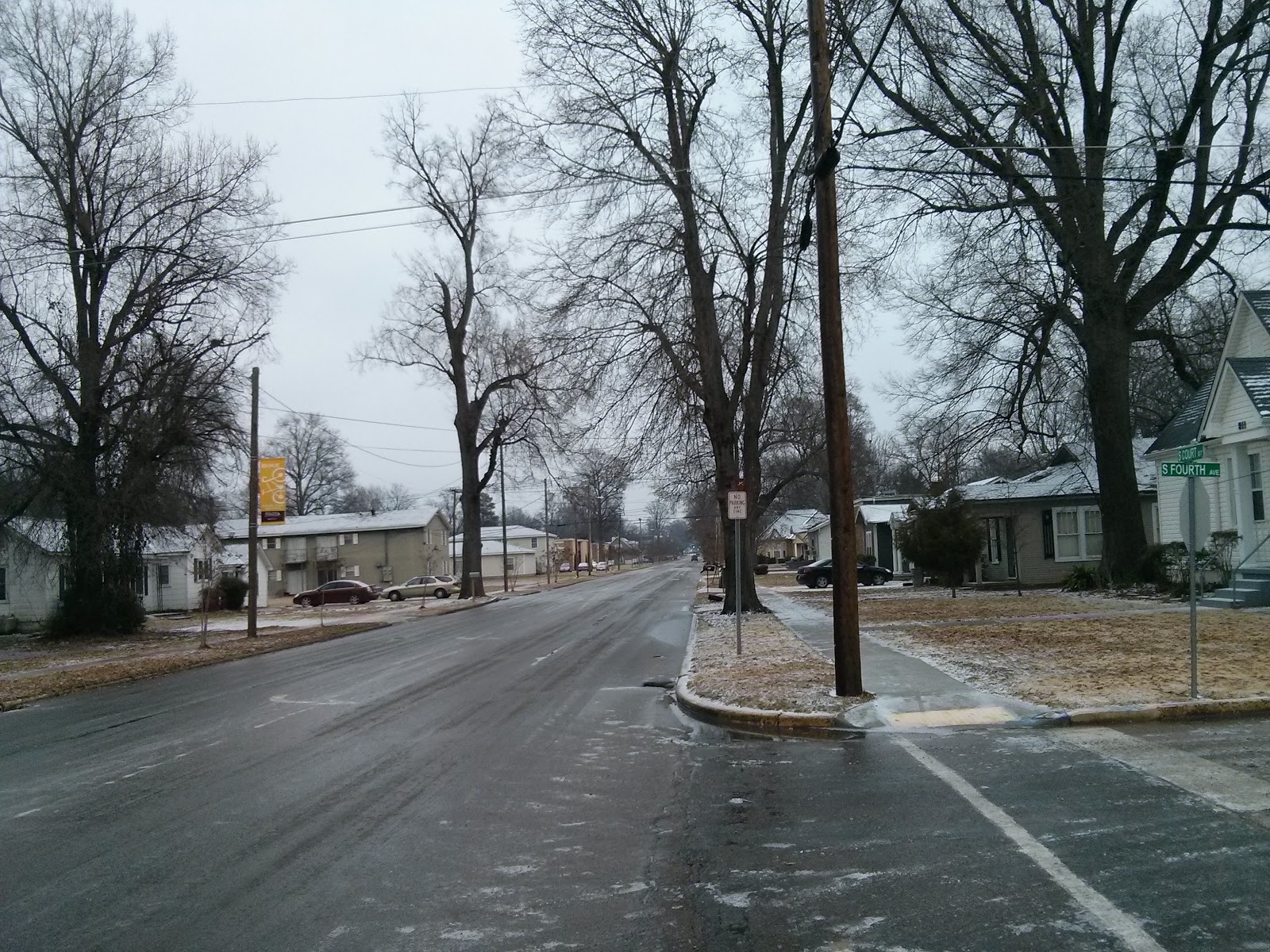 Not what you were expecting?  You thought it would be something like these  pictures didn’t you? They were taken after the 1994 Ice Storm.  Folks talk about it a lot down here and its easy to see why.  A colleague of mine who lived through the storm has told me stories of not having power for 6 weeks.
Still the pictures I took don’t tell the full story.  The roads were passable, and indeed I saw a few cars out and about on Wednesday.  However the sidewalk out side my apartment was a sheet of ice.  And the steps out in front of the library were slick into Thursday.  It’s not hard to imagine someone slipping and falling.
But let’s be real for a second.  It’s not anything I haven’t seen.  Far from it in fact.  True I didn’t really go anywhere Tuesday and Wednesday, but there with DSU closed and my fridge full there wasn’t much need to.  However up North this same storm would not have had the same impact.  So what gives?
The standard answer is that Southerners are not prepared for winter weather.  There is definitely something to that.  Down here there aren’t trucks to salt the roads.  So any ice which comes down stays where it falls until the temperature rises above freezing.  Plus since such events are so rare, people don’t know how to handle themselves.  Therefore it really does make sense to be extra-cautious around here when the snow starts falling.
Such days are probably behind us for the year.  It’s already mid-February so temperatures will be creeping up soon.  Spring is right around the corner and summer won’t be far behind.  Somehow I’m sort of looking forward to it.  In the mean time here are some more pictures. 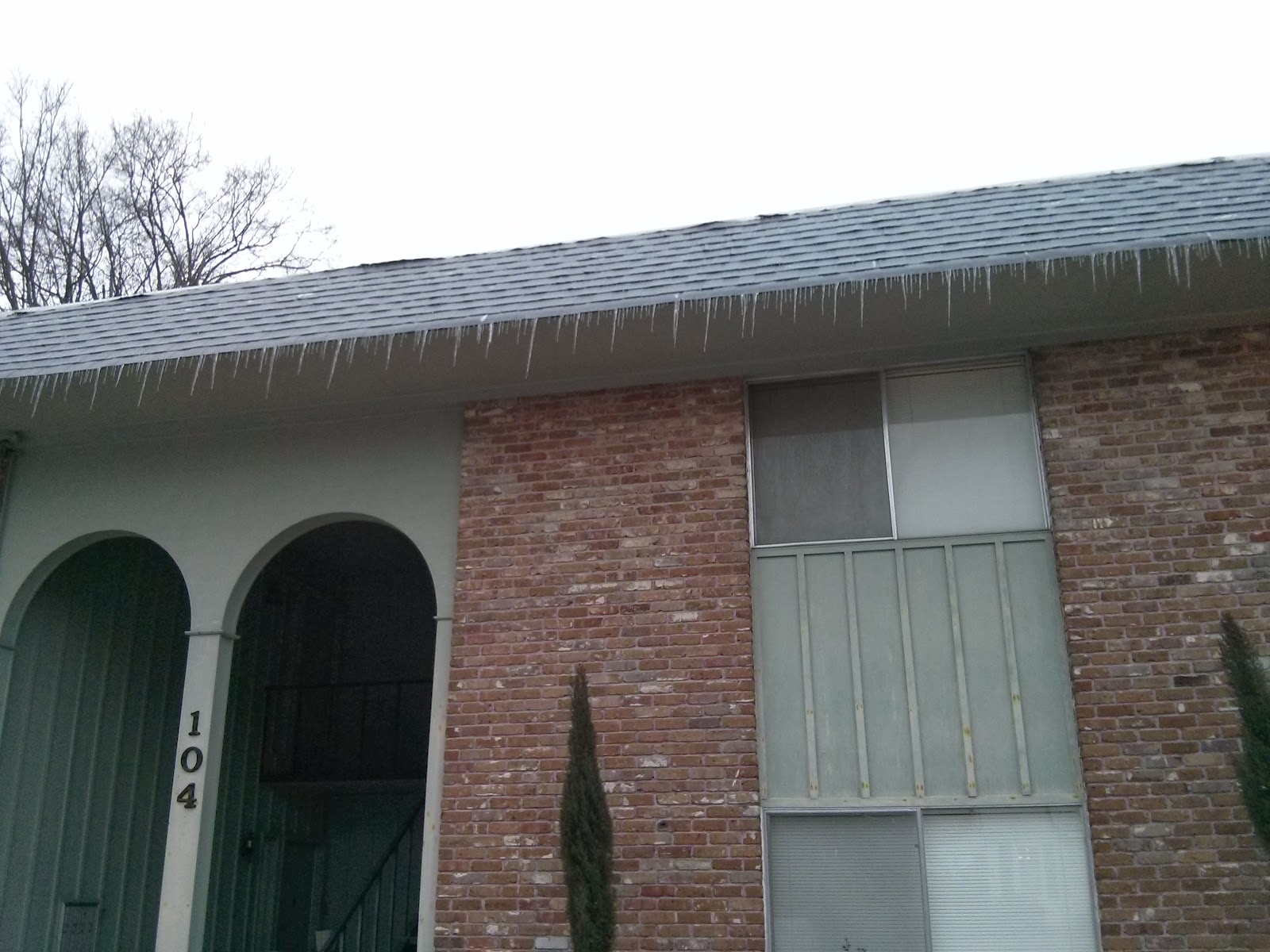 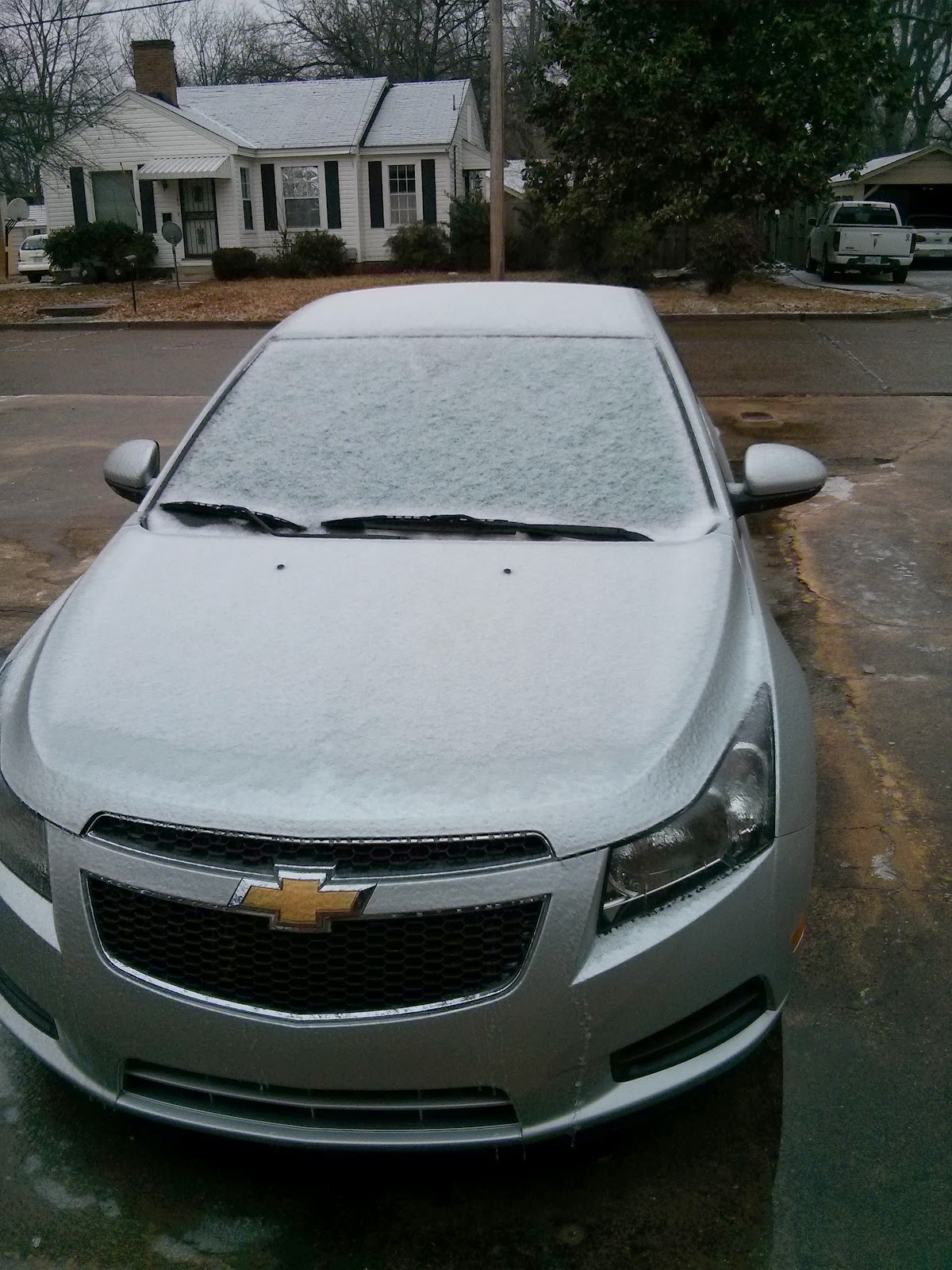 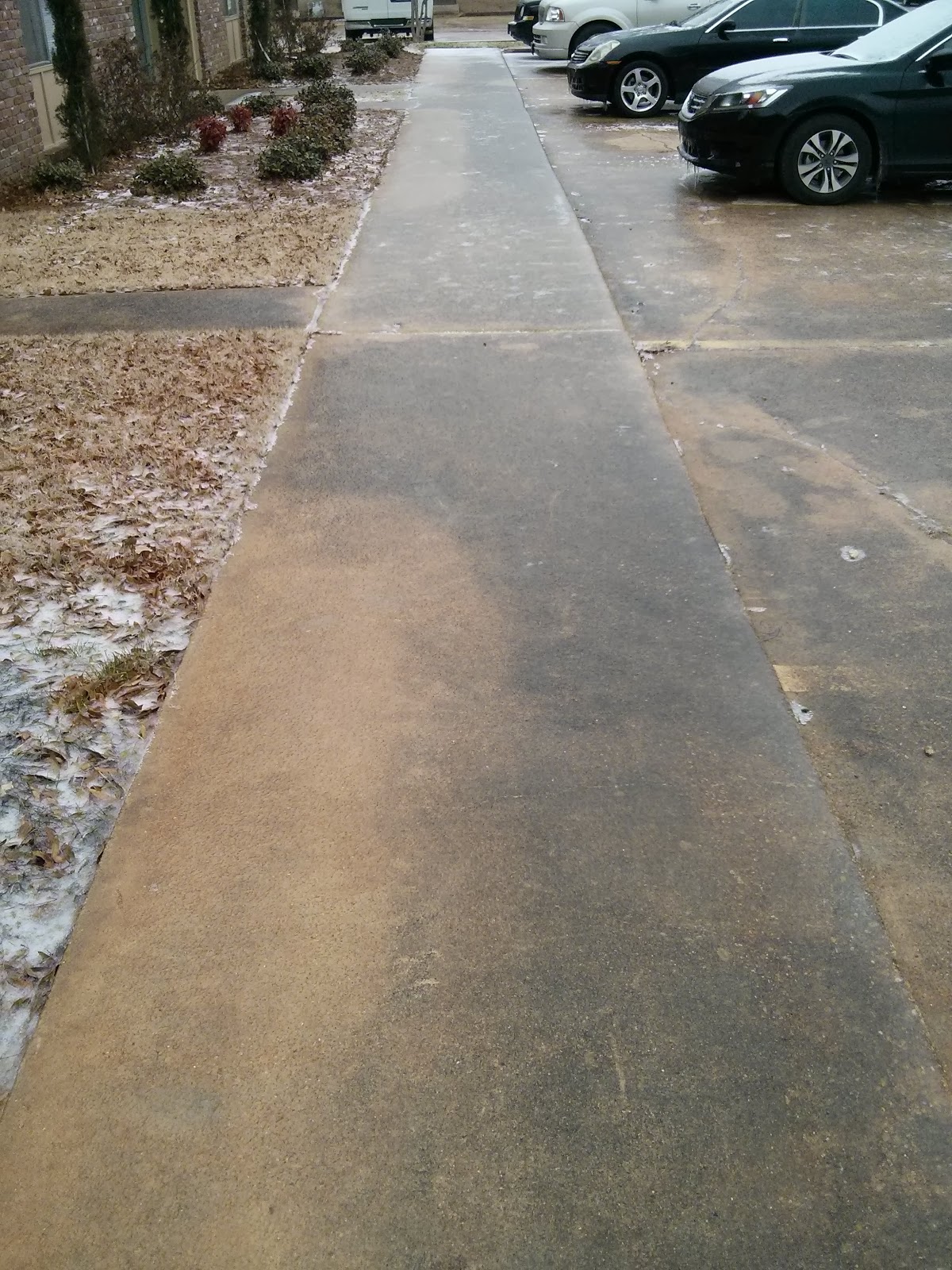 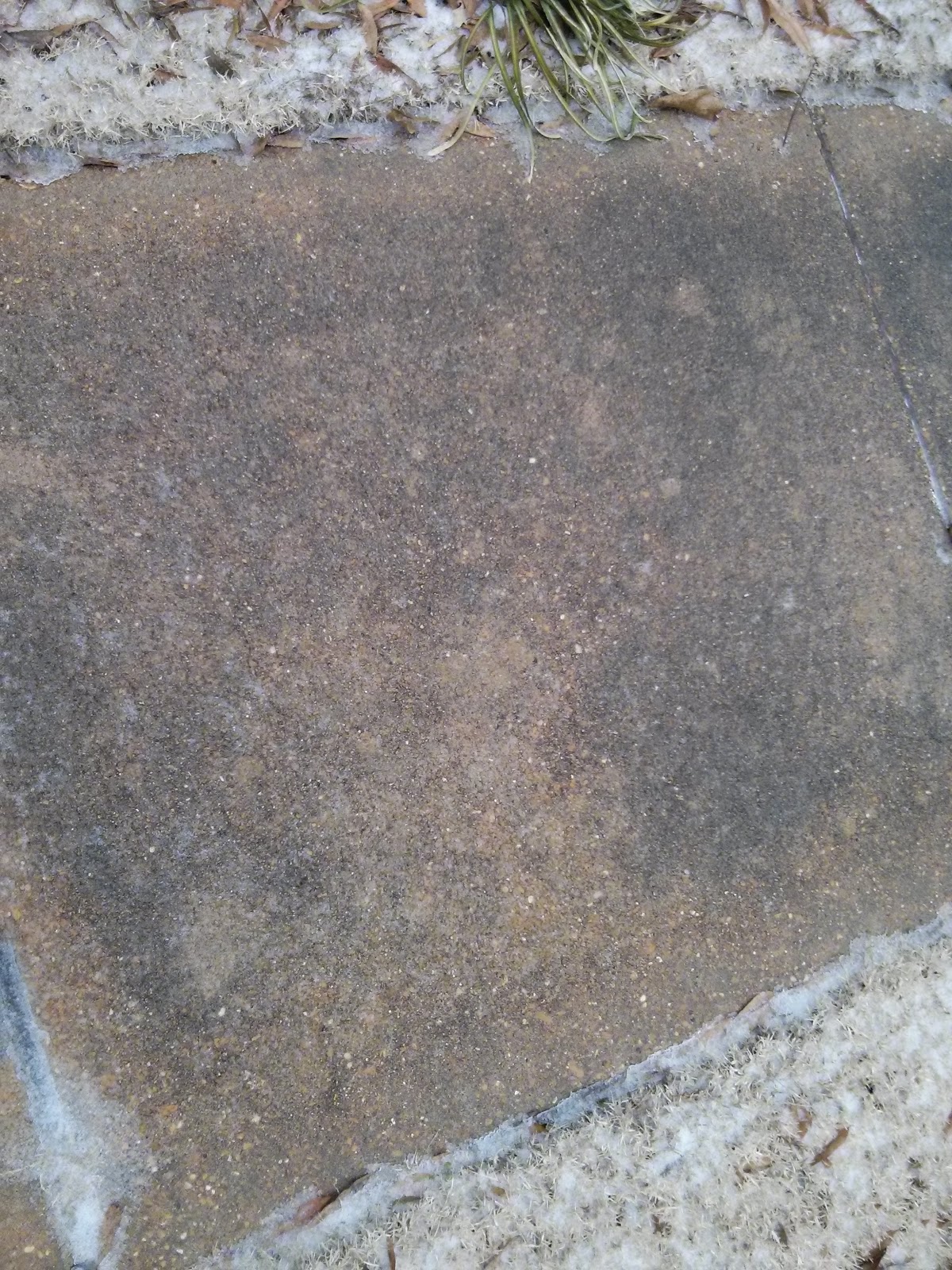 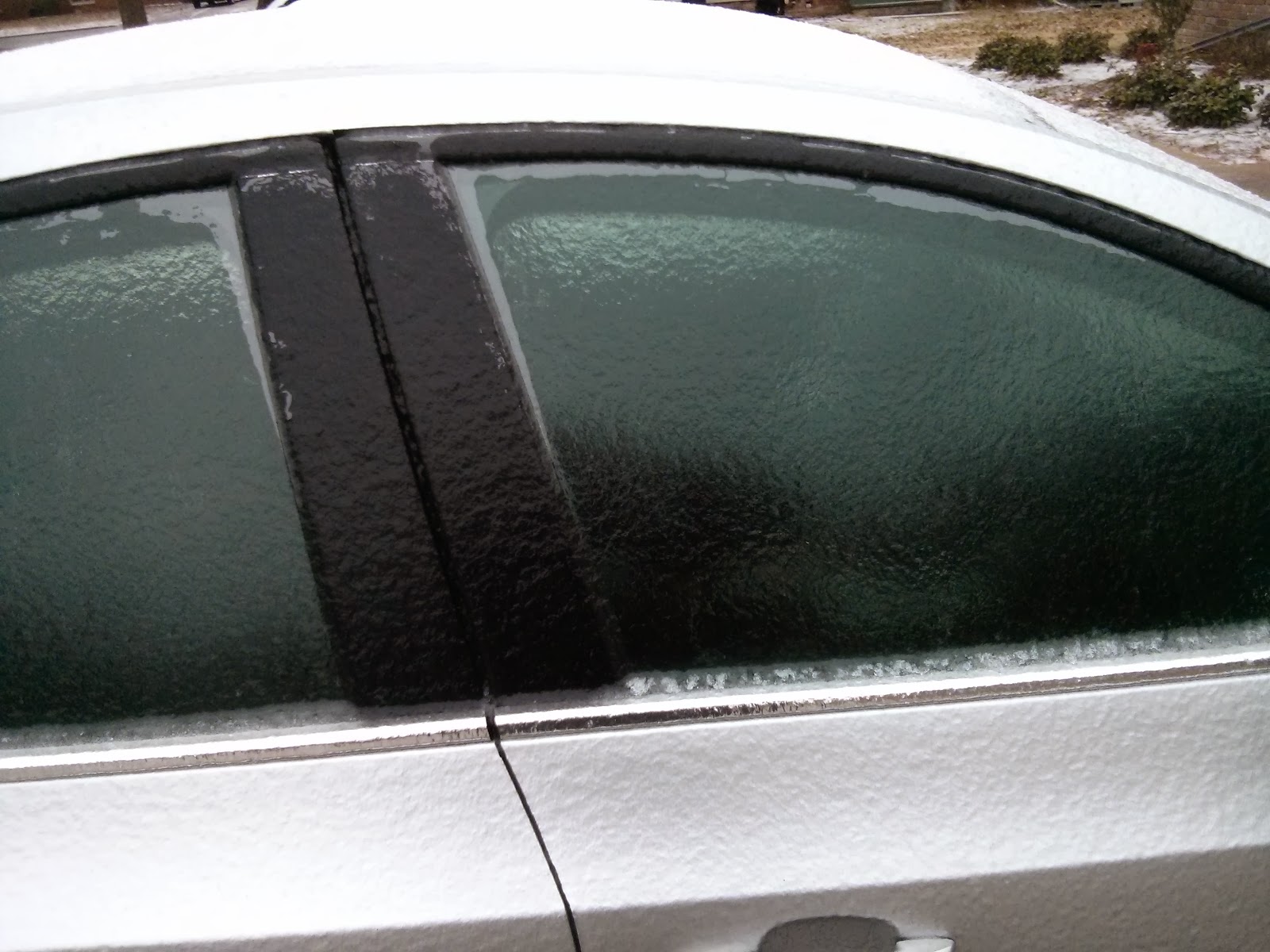 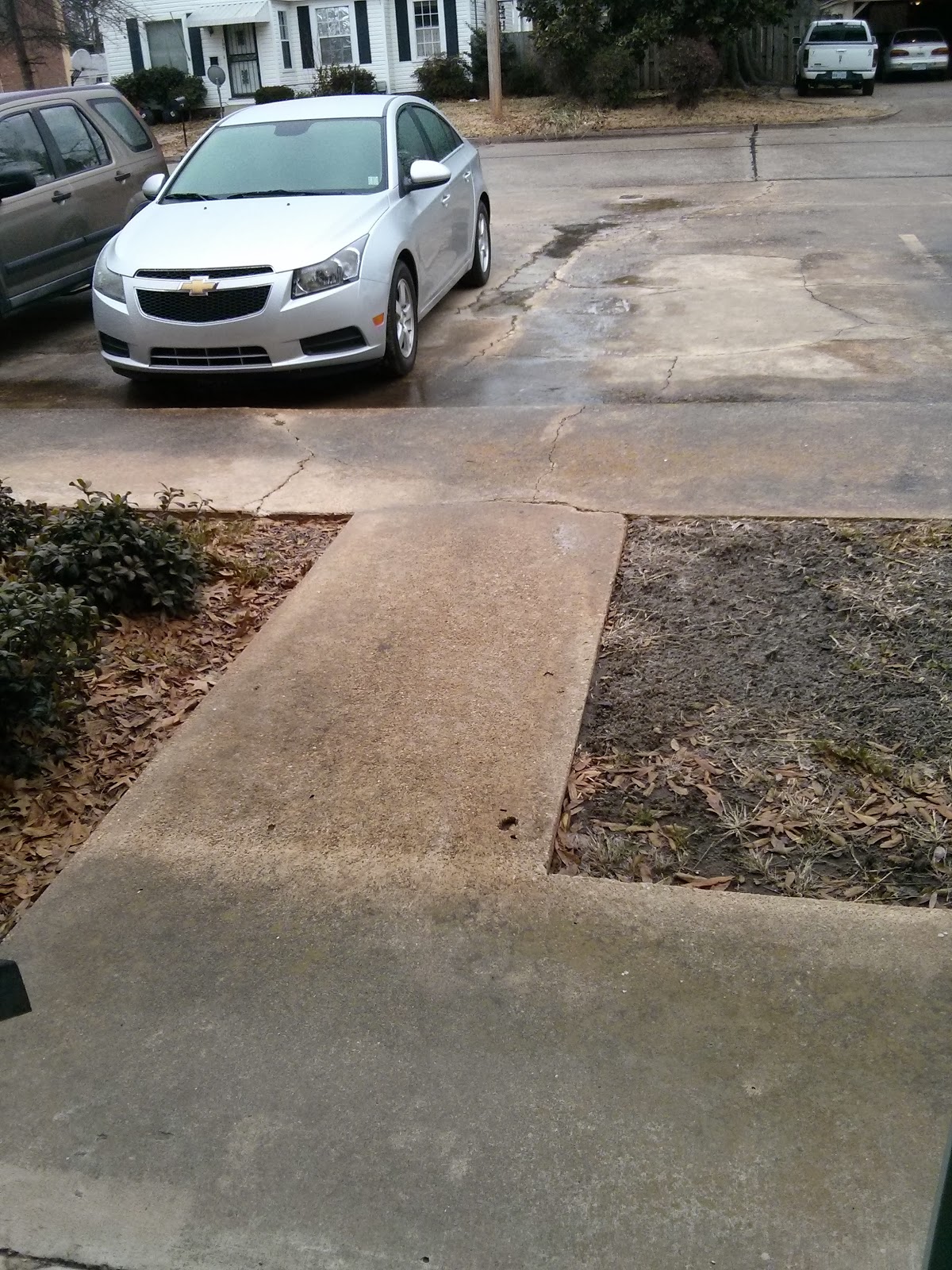