Tis the season! The holiday season is in full swing. Down here that means the Christmas lights have been hung from the street lamps (see below). Every year for the past few years there has been a “Caroling Pub Crawl” which ironically involves neither caroling nor pubs. Sadly I could not go. The Library at Delta State even gets into the act, putting up Christmas decorations and sponsoring a holiday toy drive for those families not fortunate enough to be able to purchase Christmas gifts. There was even a Christmas party in one of the conference rooms. People brought homemade soups, chilis, gumbo, and shrimp bisque plus a fantastic array of desserts complemented by a few cold cuts. It was a nice touch.

This sort of community is one of the things I like about Mississippi. While workplace holiday parties are not unique to the South, yesterday’s was more elaborate than others that I’ve been to. The institutional culture of the places I worked might have something to do with it. Delta State is small enough to be a close knit community where most people know each other. So a holiday party is not as likely to be seen as a mandatory office function, but rather as a chance to gather with friends and have a good time. The fact that so many people were willing to cook food themselves shows this.

However some things are not the same down here. For one, it really is the Christmas season. Now I’m not going to go into the controversy concerning the replacement of the word “Christmas” with the generic word “holidays”. But in Cleveland the only holiday people celebrate this time of year is Christmas. You don’t see many Menorahs around here. It is, after all, the bible belt (and a rural part of it at that). They are also more traditional and don’t seem to be bothered by public displays of Christmas. Fortunately neither am I and do indeed I celebrate it. Yet it must be remembered that the Delta is not a multicultural place the way New York is so people are apt to have very different sensibilities.

There also seems to be less of an emphasis on shopping. Oh people do buy gifts. But it seems to be less commercialized than up North. Possibly that is because of the lack of shopping centers nearby. It also could be part of the local culture.

The same seems to true of decorations. Now I haven’t really driven widely around at night so take the following with a grain of salt. Every year up in Rockland people (some anyway) go all out covering their houses with Christmas lights and ornaments. I actually really like seeing what folks have put up and how creative people can be. It brings joy to other wise bitter winter nights. So you can imagine my disappointment at the paucity of such things around here. Part of that may be regional culture. Alternatively it could be that most people just can’t afford such elaborate displays (which are not doubt expensive and time consuming to put up).

The funny thing about Christmas is that it can mean different things to different people. The religious meaning is obvious. But on another level it is about being thankful for what you have and being generous to those who have less. It can also be a time to put up decorations and give gifts. On that note I leave you with a few pictures taken around Cleveland of the aforementioned Christmas lights. 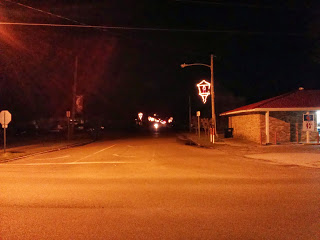 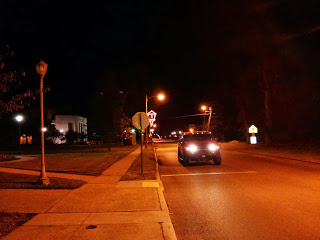 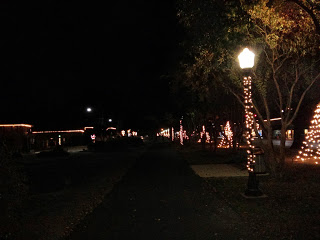 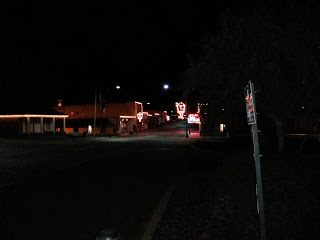 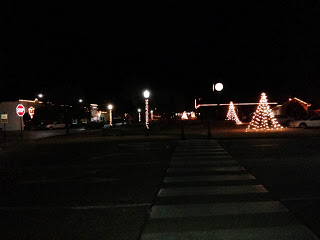 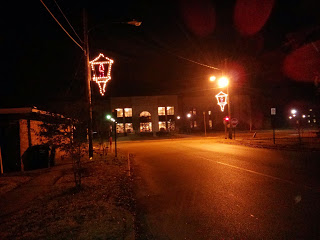